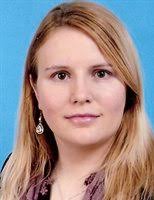 I am a political sociologist and a socio-legal scholar with a general research interest in citizenship and migration including minority rights, statelessness and forced migration. My main research focus has been on (1) the position of Romani minorities as marginalized citizens in Europe and on (2) how the 'refugee crisis' in 2015/16 has affected the politics of diversity in Europe.

Currently, I am a Lecturer at the Political Science and International Relations Programme at Victoria University of Wellington. Before I was a Marie Sklodowska-Curie Postdoctoral Fellow at the Leuven International and European Studies (LINES) at the University of Leuven in Belgium. My Marie Curie Sklodowska Research Project is entitled  "Invisible Edges of Citizenship: Readdressing the Position of Romani Minorities in Europe" (Acronym: InViCitRom). The project seeks to develop how Romani individuals are positioned as citizens and to show that their marginalization is not produced due to their perceived self-isolation, but link it to different citizenship policies that contribute to their disadvantaged position.

Prior to my current academic positions, I was a Postdoctoral Researcher at School of Law and Social Justice at the University of Liverpool, Max Weber Fellow at the European University Institute and CITSEE Research Fellow at the School of Law, University of Edinburgh, where I focused on the position of Romani minorities as forced migrants in the context of post-Yugoslav citizenship regimes.

Earlier, I worked as a researcher on various researcher on various EU-funded projects (FP7, IPA, ERC. etc.) at the University of Ljubljana, where I also defended my PhD in Sociology. I hold an MA degree with Distinction from the Central European University and I have a decade-long experience in working as a civil society activist in Romani settlements.

You can find me on Twitter, Google Scholar, Academia and ResearchGate.

Seminar Talk at the Peter McMullin Centre for Statelessness - Melbourne Law School. On April 4 at 1PM I am giving a talk on Minority Statelessness and Racialized Citizensip: Romani Minorities and the Uneven Access to Citizenship.

Paper Presentation at the ISA Convention, Toronto (March 2019). My paper entitled Racialised Citizenship Regimes: Minority Statelessness in the International Order of States was accepted at the International Studies Association Convention in Toronto, March 2019. I will present my paper on March 27th at 4PM (Rosedale, Sheraton Centre Toronto).

Guest Lecture at the KU Leuven Centre for Global Governance. On 18th October I will give a Lecture entitled "Minority Rights and the Question of Multiculturalism in Europe and beyond" in the Lecture Series "Under Siege: Human Rights and the Rule of Law". More info: https://ghum.kuleuven.be/ggs/fallectures2017/schedule-fall-2017-lecture-series